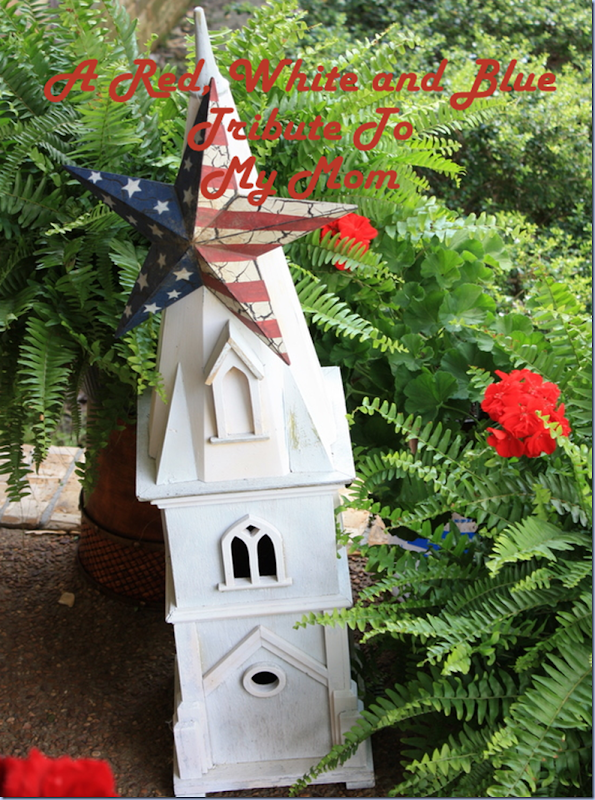 I’m so excited about this post…excited because the most influential people in my life gave so much of their lives for our country…the good ole USA. I’ve been thinking about writing about this for a good while but if you’ve read anything about me, you know it’s difficult for me to reveal much about myself. In this post I wrote about something I worked hard to achieve.

Both of my parents were veterans of World War II. Yep, even my Mom…she was one of those lucky people who “marched to the beat of a different drummer”. 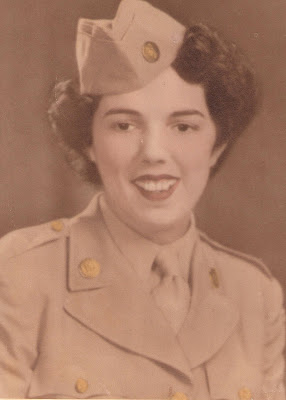 Lucy Madeline was her name, she was the eldest daughter of Ernest and Mabel. Her sisters were named Helen Geraldine and Ester Pauline…wasn’t my Grandmother cool by rhyming the names of her girls. (Note…these ladies were born in the 1920’s.) Their elder brother was named Marion Thomas, no rhyme there and I never remember hearing anything about the origin of their names.

My Mom hated her name and lived most of her life with her family calling her “Peg”…I think the nickname came from being hurt at one time and walking with a “pegleg”.

Mom grew up in the Depression and times were very hard for her family. Families had to buy schoolbooks for their children at that time and there was never enough money for books for my Mom, she was the second child and had two younger sisters. Because of the tough economic times, she only finished the sixth grade. She lied about her age in order to go to work in a factory at the age of 15…someone in the factory ratted her out after a few months and she was “laid off” until her sixteenth birthday. On her birthday she went back to work to help support her family. This has always broken my heart because she valued and wanted an education more than anyone I’ve ever known. 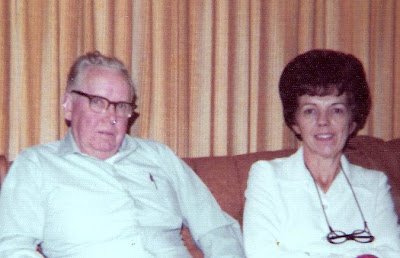 She married at an early age (not to my Dad)… I think she was seventeen. At the beginning of WWII she and her young husband enlisted in the military (Army).

Her young husband (Carroll) was called to service before she was and went to Holland to serve. She continued working her factory job during this time. I remember her telling me so many times about how she was informed of his death. She was at the local movie theater and a local insurance agent brought her the Western Union telegram with the devastating news. The reason the telegram was delivered by an insurance agent was that anytime one of these death notices were wired to a hometown the Western Union agent gave it to anyone who was walking down the street at that time. It was just a coincidence that the insurance agent was a friend of Mom’s family. All of this happened in a very small town…so it might not have been handled this way in other places.

Can you imagine being notified of your husband’s death like this? As cruel as it seems, I think that it also shows a tremendous dedication by every person who lived during those times. I don’t know of anyone who would just volunteer to deliver such horrible news to a young lady now.

Now remember, they both enlisted in the armed services. It wasn’t long after her husband’s death that Mom was called to serve in the US Army WACS (Women’s Army Corps). I’m sure Mom had to muster a lot of courage to now begin her assignment. In the forties people really looked down on women in service…it just was not the thing for ladies to do. My Mom was, in every sense of the word, a lady…a tough, courageous and dedicated lady.

I think it’s safe to say that Patriotism was truly her middle name…She believed in her country and the freedoms it offered her and her family. Mom always had such a difficult life but she had the most amazing outlook on life of anyone I’ve ever known. After marrying my Dad in 1945, she left the WACs and began her family. My brother was born 7/7/47 and I came along in 1952. They lived in about thirty different places before settling down in 1957. 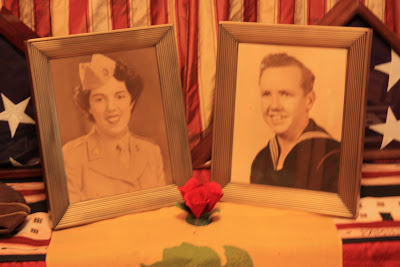 My son and I both own homes on the property that they bought at that time. During the years of 57-62 Mom lost both of her parents who were only in their sixties and in 1962 my Dad was diagnosed with tuberculosis and was hospitalized for several years. It was during those years that she was the sole breadwinner and essentially a single parent since my Dad was hospitalized over 125 miles from our home. 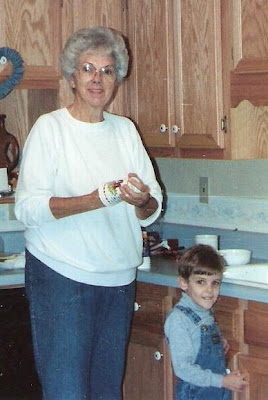 ( Mom and my son, Justin, when he was about three…)

If Mom hadn’t been such a strong woman, I’m not sure what would have happened to us, but she kept it all together for us. We certainly didn’t have any money but we were pretty self-sufficient. We gardened and did all kinds of things to make ends meet. Mom was a wonderful seamstress and made our clothes (even my brother’s shirts).

She was thrilled to see the opening of the Women in Military Service for America Memorial at Arlington, Va. One of her most exciting times was attending that dedication (10-9-97 )ceremony and being a charter member of the group sponsoring this memorial. 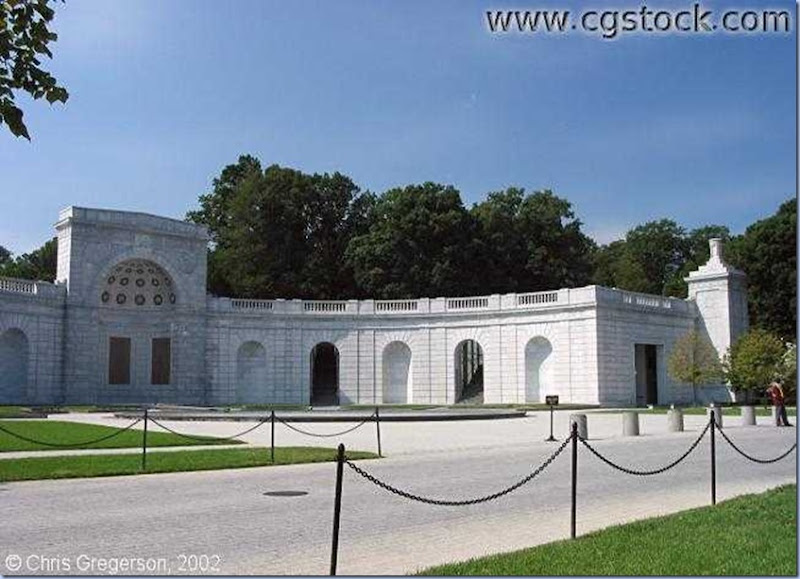 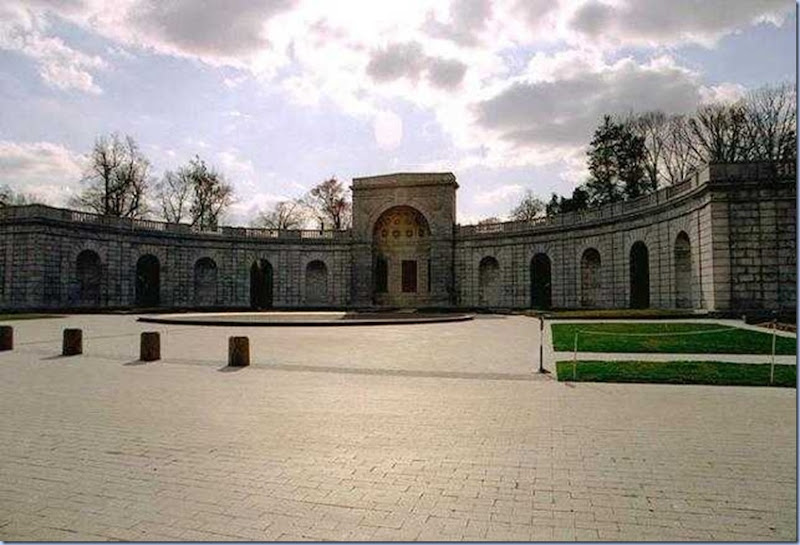 WHAT: The only major national memorial honoring all servicewomen—past, present and future. The Women In Military Service For America Memorial honors the some 2.5 million women who have served or are serving in or with the US Armed Forces starting with the American Revolution.

WHERE: The 4.2 acre Ceremonial Entrance to Arlington National Cemetery in our nation's capital.

WHO: Spearheaded by the Women In Military Service For America Memorial Foundation, Inc. The Foundation, founded in 1985, is an IRS designated 501(c)(3) non-profit organization.

THOSE HONORED: All US servicewomen, past, present and future, including living or deceased women veterans; Active Duty, Reserve, Guard and US Public Health Service uniformed women; and women in the Coast Guard Auxiliary and Civil Air Patrol. The Memorial also honors women who served overseas during conflicts, in direct support of the armed forces, in organizations such as the Red Cross, USO and Special Services; and members of the US Public Health Service Cadet Nurse Corps. The Foundation is seeking names, addresses, photos and memorable experiences of women who have served to be included in the Memorial's Register, an interactive computer database available at the Memorial. Deceased servicewomen from any era or those civilian women who served with other civilian organizations can be registered by family members, friends and organizations.

DESIGN: By Marion Gail Weiss and Michael Manfredi of Weiss/Manfredi Architects, New York City, winners of a national competition. The Memorial features an upper terrace with views of Arlington National Cemetery and the monuments of Washington, DC. On the terrace, there is an arc of large glass panels on which quotations from and about servicewomen are etched. This arc of glass introduces natural light into the Memorial's Education Center. At the lower terrace, in front of the Hemicycle wall, are the reflecting pool and Court of Valor. The Education Center, located behind the Hemicycle, houses a Hall of Honor, exhibit gallery, theater, and the computer database of servicewomen called the Register. Through the Register, visitors may access photos, military histories and the individual stories of registered women.

FUNDING: The total cost of building the Memorial was $22 million. In building the Memorial, support came from federal grants; proceeds from the sale of commemorative silver dollars; and corporate, organization, and individual donations. The Memorial Foundation maintains and operates the Memorial Education Center; manages an archive and research collection relating to women in the military; conducts an aggressive education program; builds exhibits showcasing the different eras in which women have served using text, images, memorabilia and artifacts; and continues to register servicewomen past and present.

DONATIONS AND REGISTRATIONS: Donations and registrations of servicewomen can be sent to: Women In Military Service For America Memorial, Dept. 560, Washington, DC, 20042-0560. Telephone: 800-222-2294 or 703-533-1155. FAX: 703-931-4208. E-mail: hq@womensmemorial.org. Web site www.womensmemorial.org. The Foundation is a registered participant in the Combined Federal Campaign, the annual workplace fund raising drive conducted by the US government for all military, civilian agency and postal workers worldwide and the National Capital Area United Way Campaign. In state and corporate campaigns, donors may designate "Women In Military Service Memorial Foundation" on their pledge cards. To make this long story short…my Dad recovered and lived to the age of 66 years. Mom lived and loved every moment of the 83 years that she graced this earth. She truly lived her life to the max. 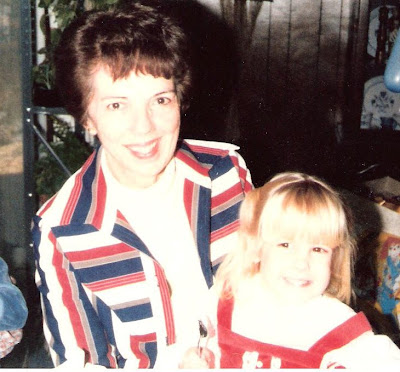 Two of her favorite things were the American flag that my husband put up for her and her little Chihuahua that my daughter got for her. She would talk about loving that baby (dog) of hers and glow when she saw her flag saying that “it is the most beautiful sight in this world” frequently. 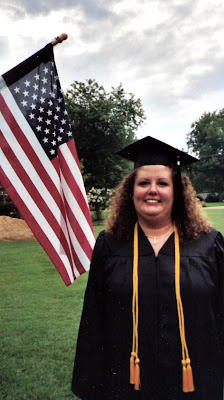 Mom was so proud of my daughter (the day of her college graduation) and she is standing in front of Mom’s pride and joy…her American Flag…Just hope she knew how proud we all were to have the privilege of being a part of her life. 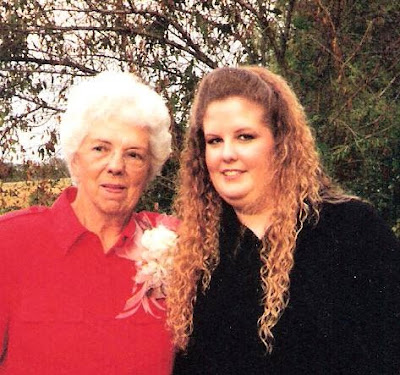 NO COMMENTS ARE ACCEPTED SINCE I HAVE BEEN FLOODED WITH UNSOLICITED SPAM. THANKS FOR THE REAL VISITORS!!! 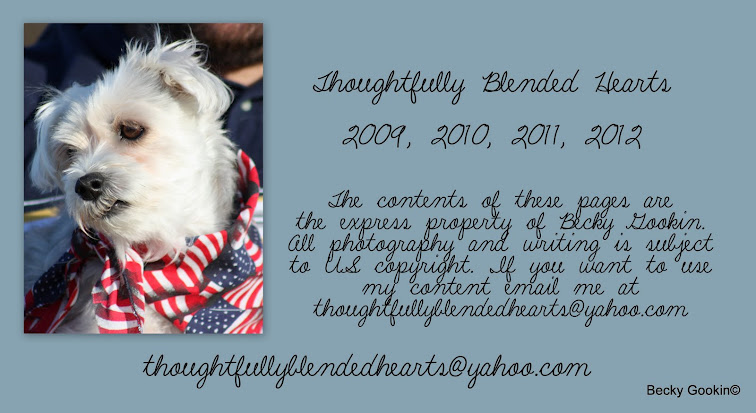